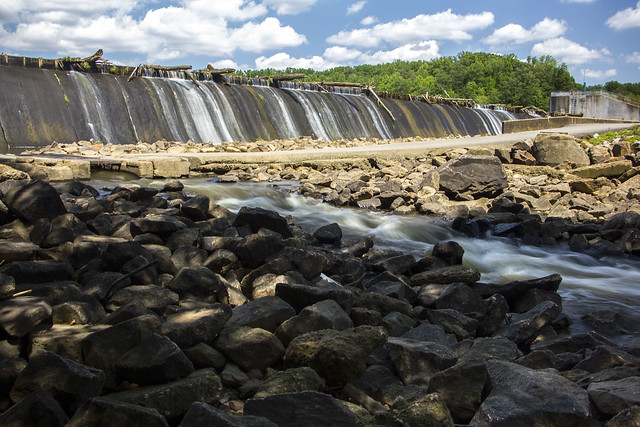 The dam at Lake Accotink

I have had my eye on Lake Accotink for quite some time. It isn’t too far from my corporate office but just far enough that I can’t just scoot over there during lunch. Well, I’m glad I waited until I had more time to go and see what it is all about. I’ll spare you the history of the space but know that it was first inhabited by the Algonquians. Of course they were ran out of their own land when the railroad moved into the area. And then the original track of railroad that goes over the dam area was burned down by the confederacy. Damn, confederates! It was rebuilt and is still in use today (in fact, two trains went by while I was taking photos). 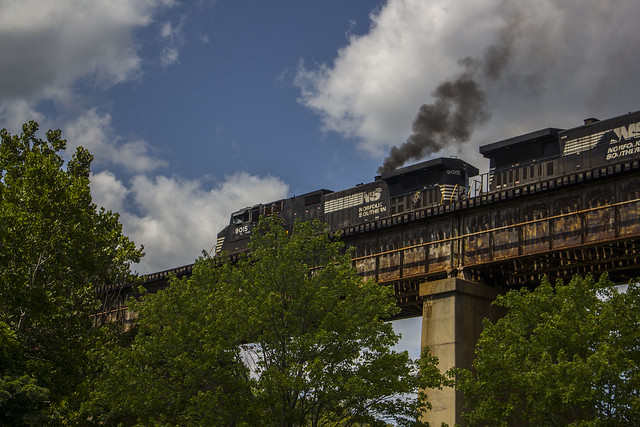 While Lake Accotink doesn’t really have its own trails many run through the park. I was disappointed to see that there isn’t a specific trail around the whole lake. That seems like a lost opportunity. You can ride, walk, or run from Wakefield Park all the way to Lake Accotink. The Cross County Trail also goes through the park. So while it doesn’t really have its own trails – many connect to it. 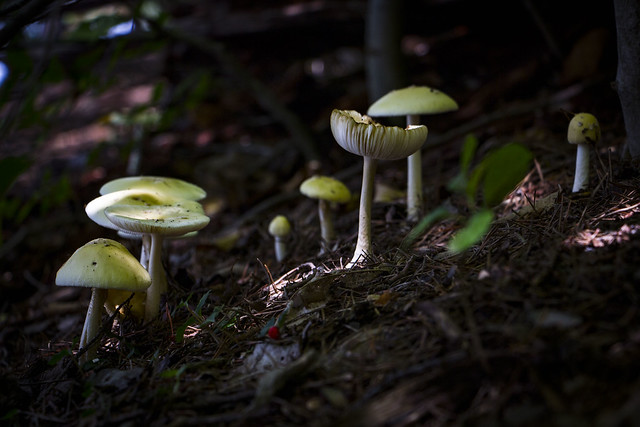 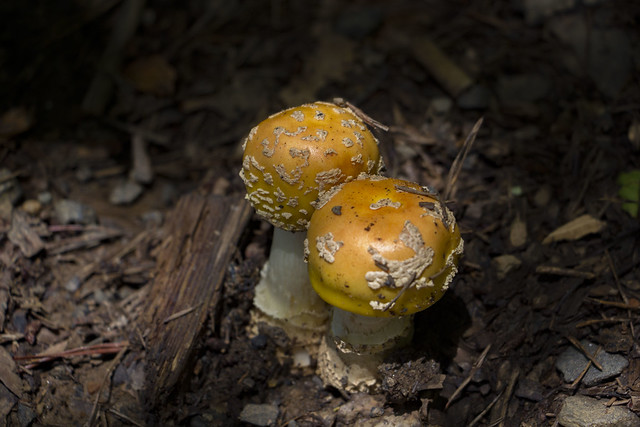 You can do a variety of activities at the park. They have canoe and kayak rentals. They also have a pontoon boat that does a little tour. I really wanted to do this but the next one was too late for me and my schedule. There is a small mini golf course and an “antique” carousel as well. And, of course, picnic grounds.

I walked one of the trails that runs along the lake and it was very pretty. I saw a variety of mushrooms and dragonflies. People were fishing and out on the lake in their boats. I felt completely relaxed. I sat for a time at the edge of the lake attempting to get a photo of a dragonfly in flight. Not an easy task. I finally was a bit successful even if the photo isn’t a masterpiece. 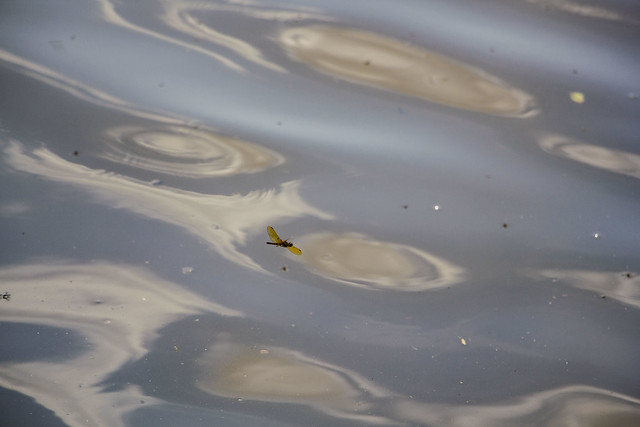 Eventually I received the text from my daughter that said my time was up and I had to leave. I didn’t really want to though. I guess it gives me a good reason to go back. If you’re in the Fairfax area, I definitely recommend going and checking out the park. Entry is completely free and the rentals are cheap. 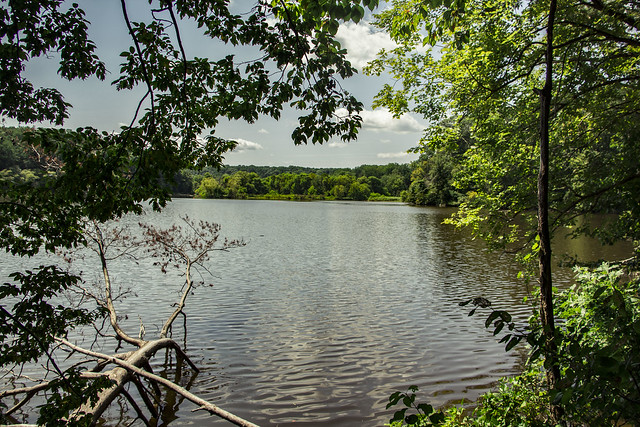