Blackrock Summit in Shenandoah National Park has been on my list for a long time.  The southern portion of the park is sometimes hard to get to as it is over 2 hrs from my house.  However, I was driving home from Charlottesville this past Saturday so I knew it was the perfect opportunity to stop.

I enjoyed a leisurely drive to the parking area from the southern most entrance to the park.  I tried to take some backroads up from Charlottesville and think it is a wonderful way to see parts of Virginia most never do.  As I curved around one back road I came upon an old church. This is the Afton Chapel, built in 1898.  Would I have preferred to have better lighting for this photo? Of course but I still think it is very pretty. If you’d like to know a bit of history about the area, click here. 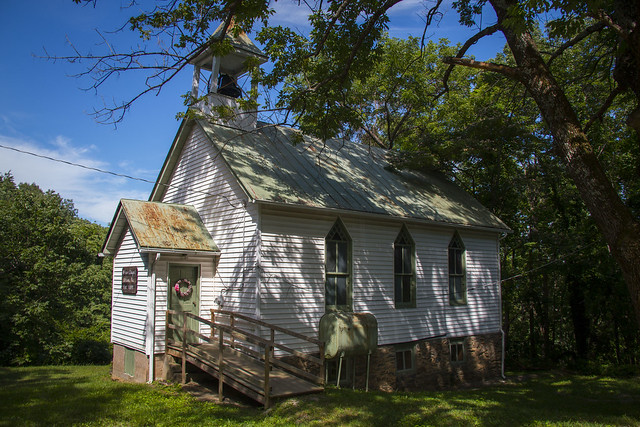 I stopped at a few overlooks as I made my way to the parking area for Blackrock. I just can’t help myself. Each view offers something a little different. A different mountain. A different valley. It was such a beautiful day that I lingered at many. I was also hoping to spot a monarch or other butterfly at one of the stops as the milkweed was blooming. 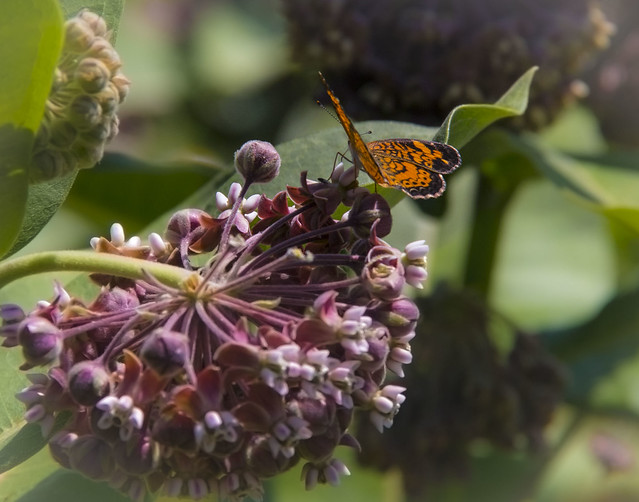 I reached the parking area of Blackrock to the sounds of a screaming child. The poor thing had fallen shortly before returning to the car. I offered any assistance (they had first aid kit – good job, parents!) and chatted with the family a bit. I am always warmed when people are friendly at the park. I would say 90% of the people I’ve encountered are and that’s how it should be. The place should make everyone happy.

The trail to the summit it short. I pushed myself to hike it quickly to get in a short workout. And then, you walk out where the rocks form a river, and are encountered with one of the most beautiful views in the park (personal opinion of course). The mountains go on forever. The trees so lush and green they appear to be a blanket laid ever so careful over the ridges. I was in awe. Again, I was met with the sounds of screaming. But this time, it was just a family screaming to each other from their positions on the rocks above. It was jarring. I try very hard to not be a snob while hiking. That defeats the purpose of it being relaxing. However, I find yelling like that in parks unnecessary and rude. As I climbed the rocks, I found that they were not far apart. They were just yelling. I secretly willed them to leave. 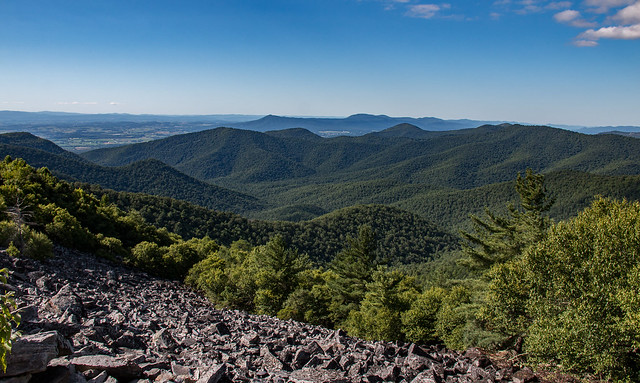 The rocks below the trail – called a River of Rocks

I carefully made my way further up the river of rocks. I saw small spiders scurry as I stepped on their favorite spot in the sun. As I climbed higher, the sounds of yelling grew quieter. I found a spot to sit and the family of 10 filed out of the area. Yes, they were still yelling. I softened a bit because they seemed very happy and how could I be mad at that. I will not deny having a huge sigh at the peace I enjoyed five minutes later. 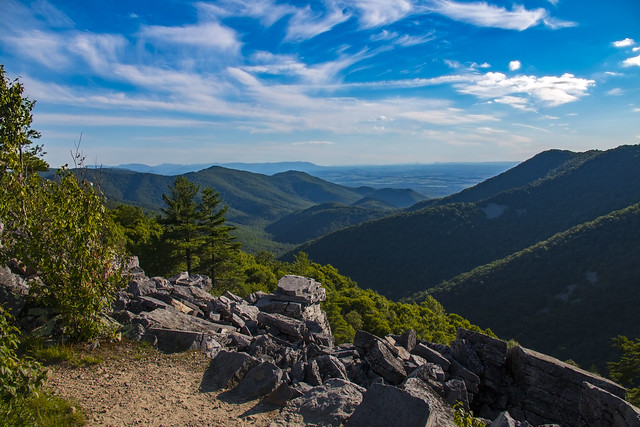 Views in all directions 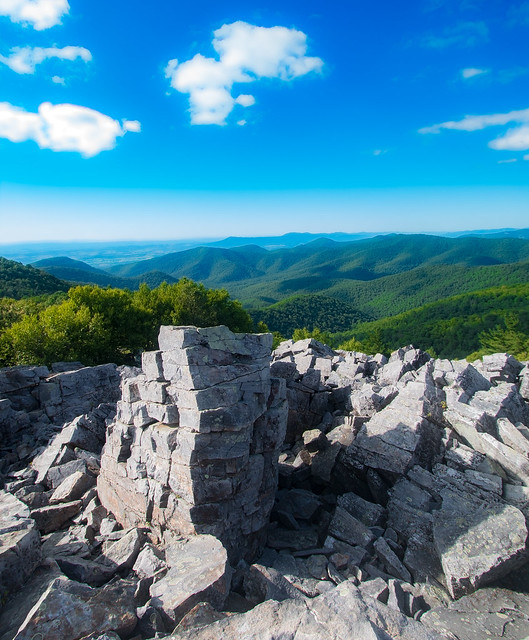 The trail is down below. Climbing the rocks is great fun!

I don’t even feel like my photos do the area justice. The sunlight was harsh for late afternoon. I don’t particularly like my angles but hopefully they will still show how amazing the view is. I sat on a large rock for quite some time. Another couple eventually climbed up near me and it was just the 3 of us for over 30 minutes. I sat there and debated how long I wanted to stay. I had over two hours before the sunset would even start and I was supposed to get up early in the morning for a hike elsewhere in the park. I finally decided to leave. I’d had a long day and knew the 11 miles on Sunday would be very difficult if I didn’t get some rest (funny… I ended up having bad asthma, didn’t sleep, and didn’t hike). I am looking forward to getting back to Blackrock for both a sunset and a sunrise. The views are amazing and with a 270 degree view, perfect for both. A highlight as I left… I saw a mama bear and her two little cubs. I was thrilled because I never see bears in the park. And then just a couple minutes later, I saw another big bear alone along Skyline. 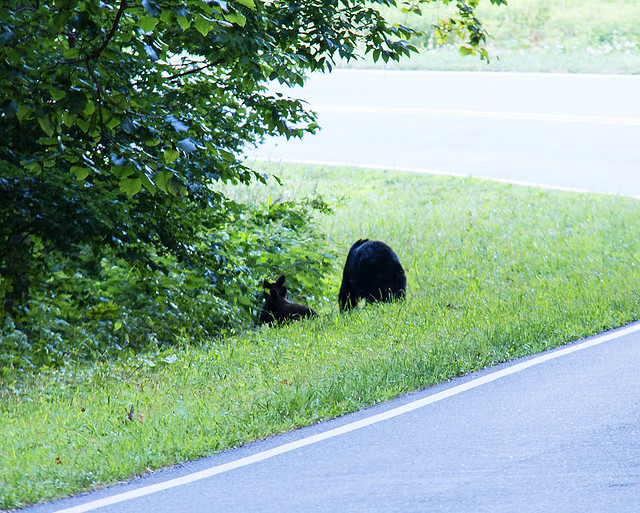