A Walk Among the Lotuses

If you live near/in Washington DC or are planning a visit, I highly recommend taking some time to visit Kenilworth Aquatic Gardens. The summer months are perfect because the ponds and ponds full of lotus flowers are blooming. I saw on Instagram that there was a rare Empress Lotus blooming at the park so I dragged my son with me on the 4th of July. We arrive early – approximately 7:30 am and so did every other photographer in DC.  I thought I had a unique idea. (insert laugh here).  The way the park is designed, there is almost always room for many photographers.  I did have an experience where a woman just kept inching closer and closer to me. I finally stopped taking photos and waited. Eventually, she stepped right in front of me almost falling into the water.  Trust me when I say that this behavior isn’t necessary. There are beautiful lotus flowers everywhere. Thousands.

The humidity was high. I’m sure it was 100%. My son left me to go find shade and I commenced to feeling bad that I brought him. However, I know he enjoyed it. He couldn’t hide it. He just hates the humidity – it gives him a headache.  I searched for the Empress Lotus but, alas, did not locate it. I mistakenly thought it was a different one (and thought I was right as I overheard another man talking about it).

There is a nice boardwalk that offers a small amount of shade but I didn’t take it this time. I eventually settled in on trying to capture dragonflies and butterflies before giving up on wiping the sweat from my eyes.  The gardens are a must-visit for anyone. Go and experience the beauty. 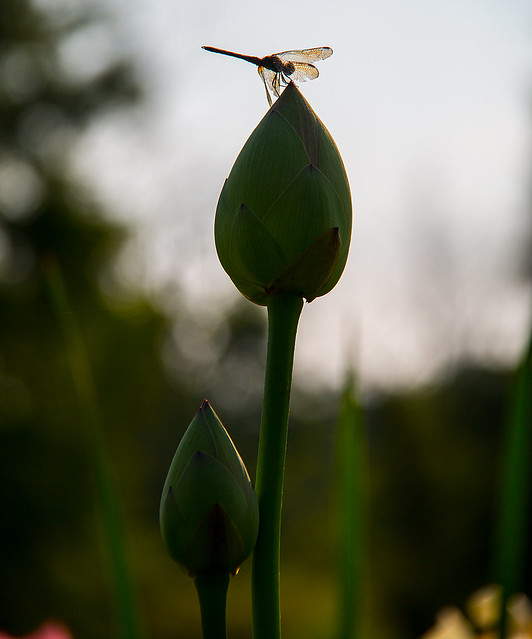 Dragonfly Rests on a Lotus

A lot of time has passed since I last visited the National Arboretum. I remember taking my mom there ages go when my daughter was little. I had some free time the other day so I decided to go explore.

One of the first things you see when you arrive and drive through the arboretum are the large columns. These are original columns from the Capitol building. They removed them when they redid the facade and they ended up at the arboretum. They are quite impressive. When I was there a photographer was conducting a photoshoot. 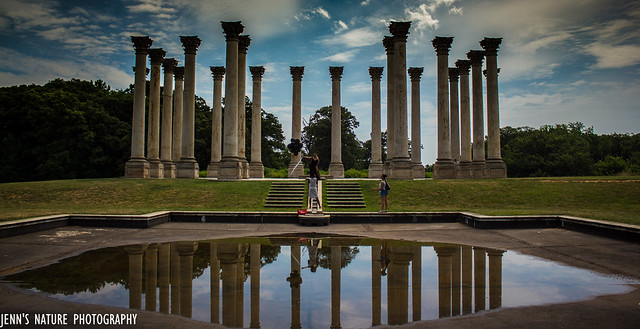 Photoshoot at the Columns

It was cool to see it all reflected (if only there had been more water). From the columns I wandered over to a meadow-like area. It was full of Rosinweed and bees. I had a grand time trying to capture everything. I only had my wide angle lens but did the best I could capturing dragonflies and butterflies in addition to the bees. There was a time when I would have been scared to walk through that area fearing I would get stung. Now I know that bees just want to fly from flower to flower so I leave them alone and they ignore me. I was able to shoot this dragonfly who looks like he’s turning his head to smile at me. 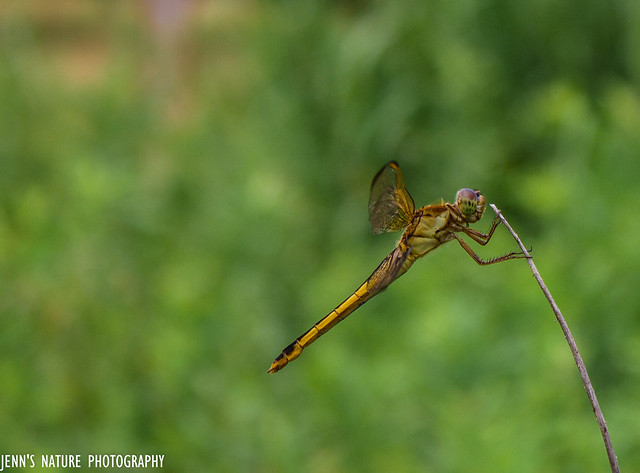 Dragonfly giving me a smile

I eventually made my way to the Bonsai area (photos still on my card). The Bonsai trees are absolutely amazing. The work that has been done on them is fascinating. Some have been in the works since the late 1800s. I can’t keep an orchid alive for 5 months…. Outside of the Bonsai area is the flower garden. I could have stayed there for hours attempting to capture the beauty. I had some goals in mind and wanted to do some stacking. I can’t say I was hugely successful as I didn’t bring my tripod. But I did get some flowers that I think are beautiful. 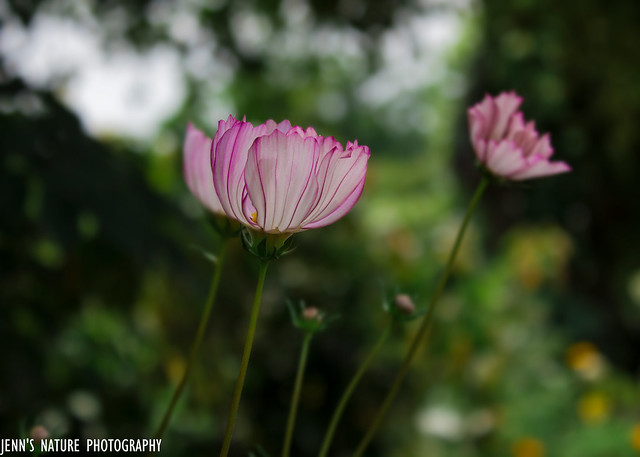 I wish I knew the name of this pretty flower 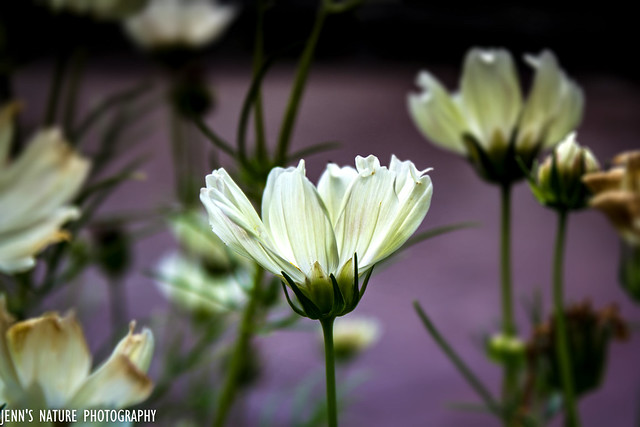 I was so enraptured by their beauty that I failed to investigate their names. The garden has sections for dying, perfumes, and medicinal. They also have a whole section of chili peppers. I don’t mean a small section. I mean maybe 30-40 different kinds of peppers. I wanted to taste some of them.

After I had explored the flowers I decided to drive over to the Asian area of the arboretum. Since I had failed to bring a snack with me I was getting fairly hungry at this point. But I soldiered on so I could get some more shots. There is an area that leads you out of the arboretum and out to Anacostia River. That was a great spot for finding dragonflies. It also meant I had to walk all the way back up to the parking lot. I did that but not before finding this pagoda. 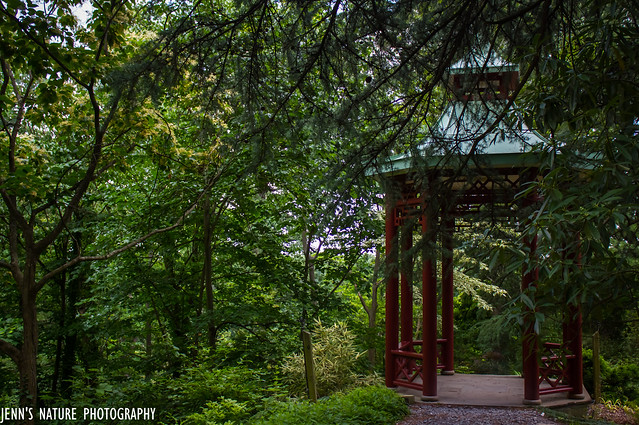 I could have spent a lot longer at the arboretum but hunger won out. There is a lot more for me to photograph so I will have to make a return trip. Perhaps in the fall with the leaves in color. If you love nature or flowers and make a trip to Washington DC I highly recommend a visit. Also, it is free unlike a lot of arboretums in the USA. 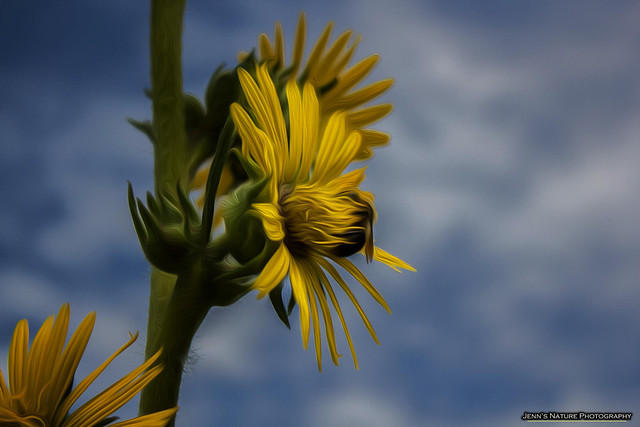